So, remember how I mentioned on Day 6 that we stayed in an elves cottage?  Here it is.  You be the judge:

This place was called Les Loges, and it was in a town near Colmar, which was our next destination.  The people here were wonderful; they helped us fix an issue with our booking, the room was clean, and the waitstaff were very patient with Sarah and my broken French as they served us a chomp-worthy bouef (beef) dinner and a great buffet breakfast with eggs we boiled ourselves (trust me, that’s awesome).  I wish we could have stayed longer and visited the ecomusée, but we had other places to be.

Alors, after fueling up at Les Loges, we headed off to Colmar, located in northeastern France.  As we entered the town, Jenn challenged it to “deliver the cute” and it did, with a wonderful Christmas market, great architecture and fun signs.  We spend the most time at the Collégiale Saint Martin, a lovely cathedral where I had a chance to think about some folks in my life who need the intervention of whatever divine authority they pray to.

I’m starting to feel a little overwhelmed by all the churches we’re visiting, but I am loving that I don’t worry about being struck by lightening anymore when I enter them.  I may not have religious faith, but I have faith…in something.

And speaking of fun signs, this was the best one we found.  Pauvre chiens. 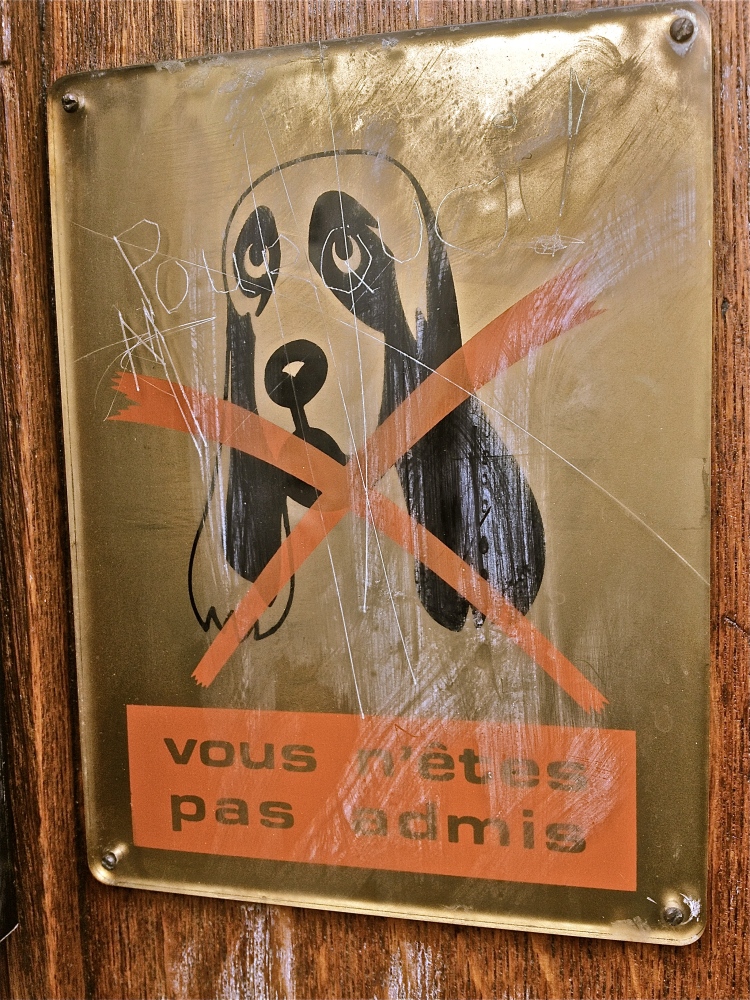 Our next stop was Strasbourg.  We drove up there, found our hotel, and struck out to explore.  Strasbourg has lots of German influence; in fact, I think it was a German city not too long ago.  They proclaim themselves to be the “Capitol of Christmas” and their market does indeed thrown down in the Christmas kitsch department.  We also climbed to the top of the Notre-Dame de Strasbourg cathedral (330 steps, holy crap) and got some pretty amazing views of the city: 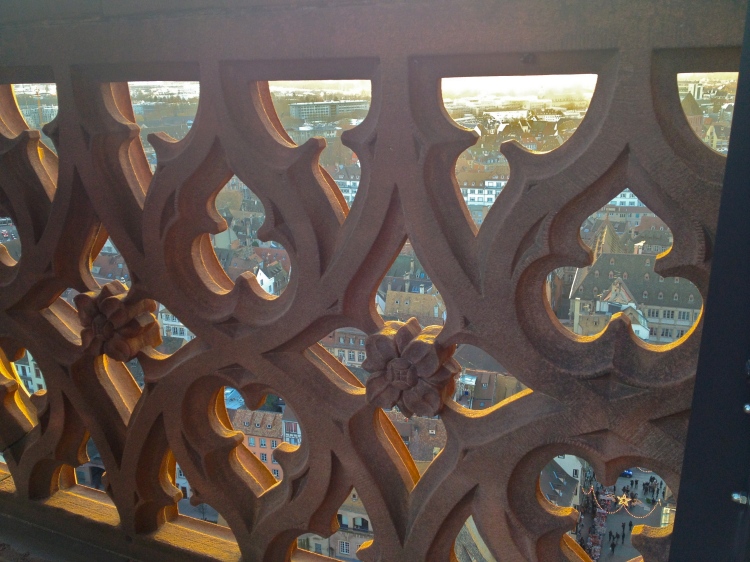 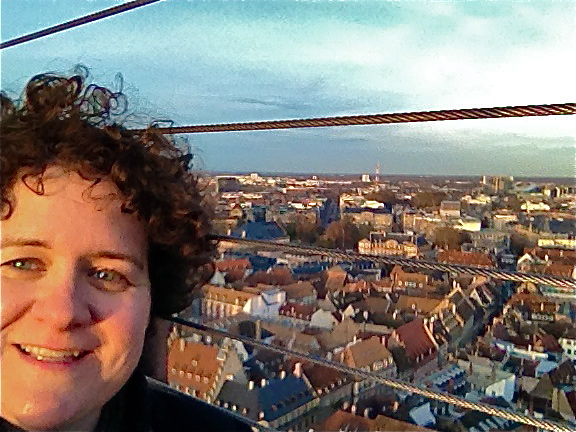 Then it was back to the hotel, where we lazed about a bit, and then got a little dressed up and went to dinner at a Tunisian restaurant.  This was an interesting experience – the food was tremendous but the Tunisian dancer was a just a little on the awkward side.  The service dragged on FOREVER, and we eventually had to ask for our check about 17 times before we finally got it and were able to escape to the streets of Strasbourg for the final moments of 2012.

So, allow me to tell you something about New Year’s Eve in Strasbourg.  For my American friends, it’s not like we do it.  No one is in charge.  The city isn’t “putting on” fireworks for us.  Nope, in the big square in Strasbourg fireworks are indeed being set off, but by anyone with the means to buy them and the cohones to set them off.  It was best described as mayhem.  We stood in our corner and plotted escape routes and contingency plans in the event of emergency (can you tell we’re all in theater/entertainment?) and giggled nervously for about 30 minutes, before making our escape back to our hotel.

Unfortunately, the hotel was locked when we arrived, so we stood outside feeling helpless for a bit before we managed to reach the (apparently stoned) hotel clerk who let us in.

And then, blessed sleep.  2013 has arrived!  Here’s hoping it brings you all that you desire.

One thought on “Day 7: Colmar, Strasbourg and New Year’s eve”