I’ve been a bad arts person lately. I haven’t been to see a lot of live shows. A few years back, I lived for going to theater and dance and music. These days I’m lucky if I go to one show every couple of months.

There are reasons for this. One is that TV is so good these days and my couch is so comfy. Another is that I now live in one of the most expensive cities in America, I no longer get all my tickets for free, and I simply can’t afford to go very often.

But there’s a more disturbing reason that I’ve been pondering. Am I outgrowing “the arts” as I knew them in my 20s and 30s? It used to be that I’d go to a show to fill up something in my soul that needed filling. I don’t do that anymore. I wish I knew why.

These days, when my soul needs filling, I go outside. I go to my neighborhood Arboretum, or a hike in the woods, or, when I can swing it, to one of our glorious national parks/monuments.  It’s become a physical and mental necessity, actually; if I don’t get my outside time, I become a version of myself that I don’t like much: puffy, sluggish, grumpy, and convinced that the world is really as bad as it seems sometimes.

Recently, I attended a concert at the Boston Symphony Orchestra. I admit it – it still gives me a little thrill to think that one of the best orchestras in the world is my hometown band, as they say. We were going to hear Mahler’s 3rd Symphony, which, I confess, meant nothing to me other than I’ve heard of Mahler and people seem to think he’s pretty good. On the way, I asked my musician friend why she liked this work, and she said, “Well, because it’s big and loud and interesting…it’s just one of my favorites.” She also mentioned that Mahler is a more programmatic composer, often trying to tell stories with his music, which is speaking my language. It was enough for me to get excited to hear the piece.

The first movement of the work was marvelous. I don’t know what story Mahler was telling, but it didn’t matter; I was along for the ride as the music changed and chased itself and contradicted itself and resolved and made me smile on more than one occasion. I kept trying to remember specific musical moments so I could tell my friend about how they’d resonated with me.

And then, something happened. As the musicians shuffled their music between the 2nd and 3rd movements, I happened to notice a trumpet player, with his instrument, get up and leave the stage. I figured this part of the score required one less trumpet, so that’s was why he was leaving. An idle thought.

The movement began and I don’t remember much about it until suddenly, a trumpet sounded in a clear and poignant solo…in a tone I’d never heard. It was slightly muffled, coming from far away, like an echo of itself, so soft and pure and lovely that it made me sit up in my seat. It wasn’t coming from the stage. My eyes darted around while my brain tried to catch up with my ears, and I looked at my friend in delight and like a little kid whispered, “It’s coming from outside in the hallway!” She just smiled (we’re not supposed to talk at concerts, after all).

The first refrain of the post-horn (that’s what my music friends tell me it’s called) solo seemed to go on forever, and when it was over, I heard the entire Symphony Hall release a collective breath. As the musicians shuffled their music again, I whispered to myself: “Come back, trumpet player, that was amazing,” and the stranger sitting next to me agreed, adding his own whisper: “That was extraordinary.” This was a case where it was just WRONG that we couldn’t clap between movements.

It was a moment of wonder. Complete, unexpected, delightful, awe-inducing, and I realized I have never experienced that in a concert hall during a symphonic concert. Ever. As I took the bus home that night, I ran over the memories of comparable gasp-worthy moments:

Now I can add “The first time I heard the post-horn solo in Mahler’s 3rd” to that list.

Wonder, as defined by Google:

a feeling of surprise mingled with admiration, caused by something beautiful, unexpected, unfamiliar, or inexplicable.

Just a few days after this musical moment, I found myself in Joshua Tree National Park. A whole weekend of wonder-full moments, and I realized at least one reason why I’ve been trading my concert/theater time for outdoor time.

See, when you can see stuff like this at every turn:

It’s easy to get your hit of wonder. Since I started getting obsessed with parks and hiking and being outside, I’ve seen hundreds of these wonder moments and they never bore me. They are always a surprise even though I know they are coming. They always make it hard for me to believe that the bad guys will win. 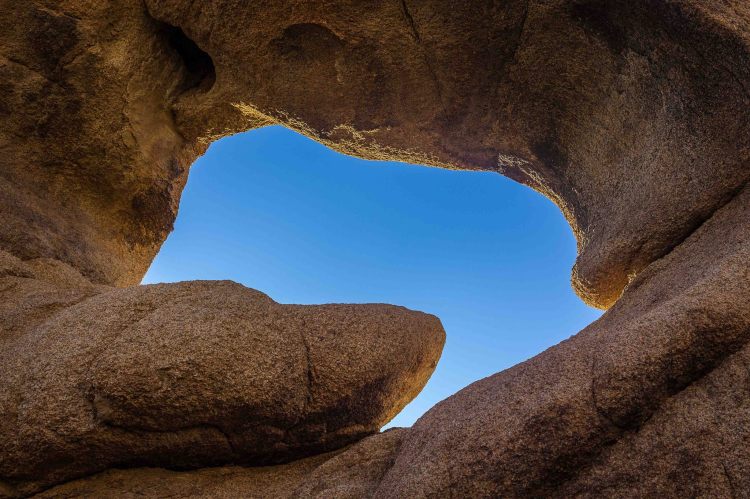 I’ve had to look harder for them in the arts lately, and I don’t know if that’s about me or the art. But it’s been easier to find them outside, so I’ll keep going there. But I’ll hold out hope for another post-horn solo moment, because it was really, really wonderful.