I discovered another spectacular National Park this past weekend.  Usually I can’t wait to blog right after a trip, but I’m having a hard time with this one.  Not because it wasn’t fun – it was – but because I’ve returned to my life of a house that needs vaccuming and jobs that need to be hunted and it’s all just a little, well…mundane…after the gorgeousness of the Great Smoky Mountain National Park.

A little background:  this trip was the first in the Adventure series of me and two friends from Arkansas, Jenn & Lisa.  We three have been bonding over baking and cooking for the past 6 or so years; they are my partners in Cookiefest, which longtime readers of this blog will know.   But this was our first road trip together and man, did we hit the “road” part of road trip.  We drove from Fayetteville, AR to Clarksville, AR to Nashville, TN to Gatlinburg, TN to Cades Cove, TN to Hartford, TN and then back.  1700+ miles.  I consider it a miracle that we’re still willing to admit to being friends.

Anyway, we drove.  We laughed.  We went to the Grand Ole Opry.  We hiked (5 miles out to Abrams Fallls…gorgeous).   We cooked – well, Jenn and Lisa cooked – I assisted.  We sipped awesome tequila, and drank lots of wine/beer.  We ate fondue.  We went white-water rafting.  We got stuck at the top of a tram station in a thunderstorm.  We shopped.  We took hundreds of photos.  And then we drove some more.

Anyway, I will write more about specific parts of the trip…like Cade’s Cove, which is a cove without water.  I didn’t know such things existed, but I soon learned.  But for now, here are a few of my favorite photos.  You’ll note that there aren’t any people shots…that’s because Jenn is the queen of tripod and they all live on her camera.  🙂 Enjoy. 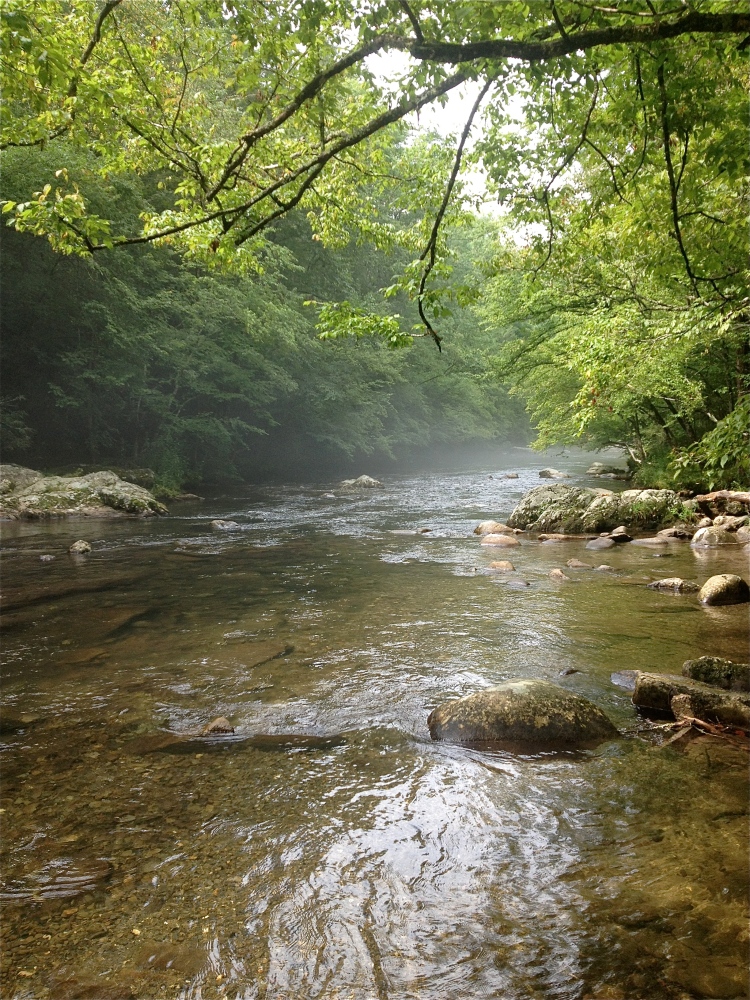 On the way to Cade’s Cove – following the Little River.  No filters here. Just pure beauty. 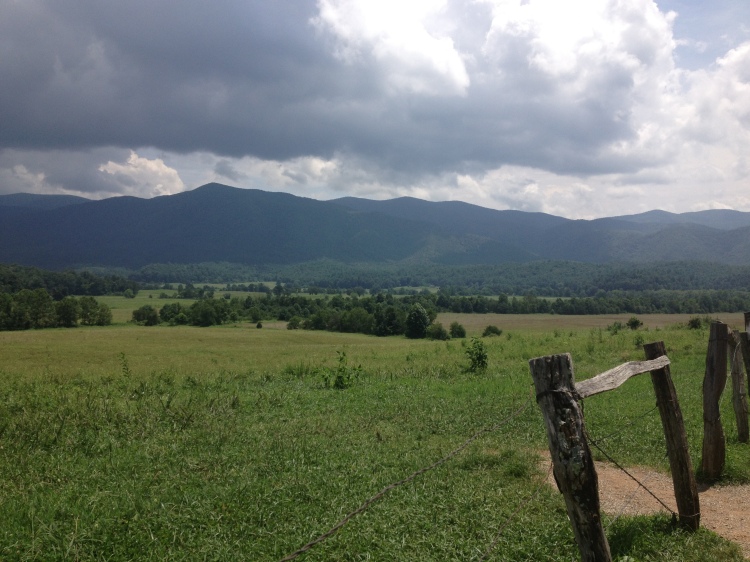 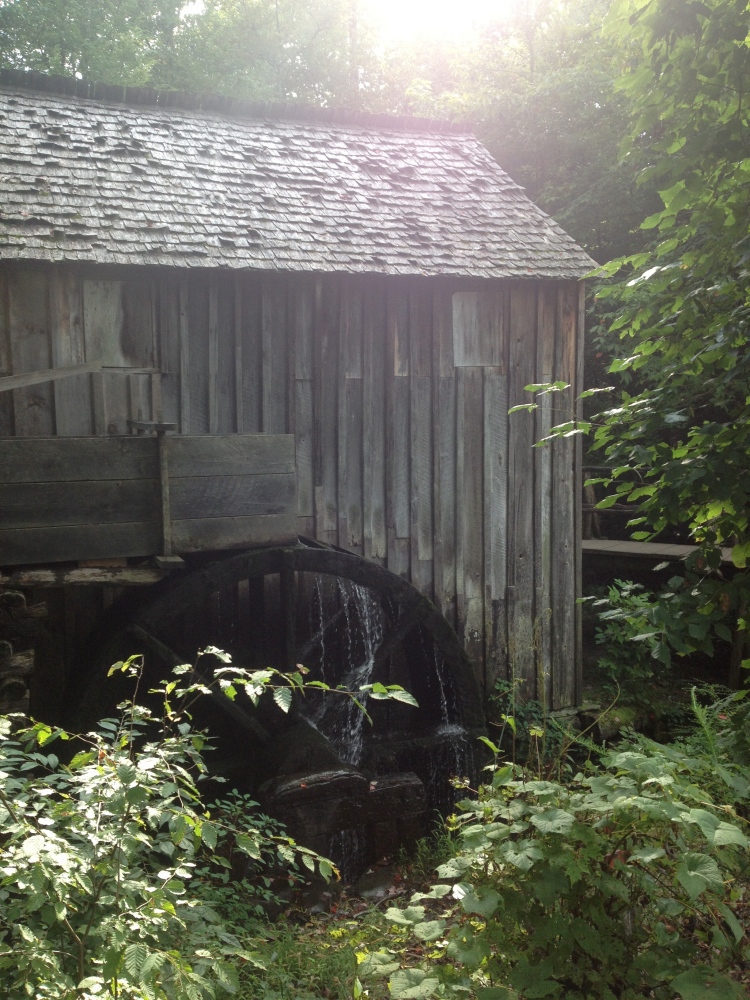 The grist mill at Cade’s Cove. 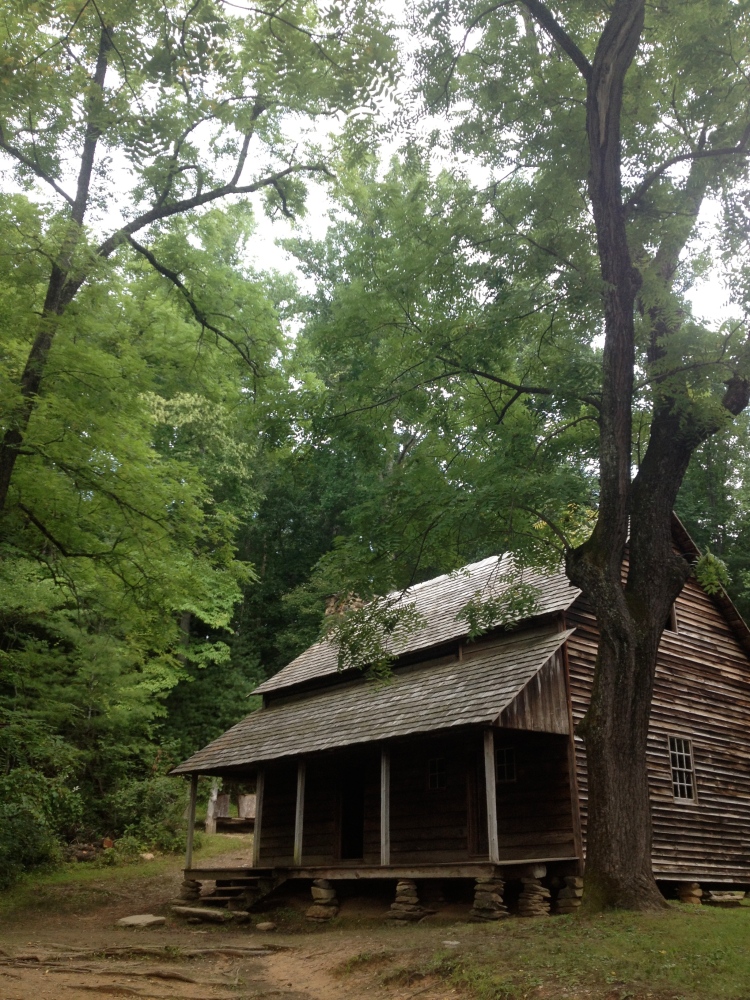 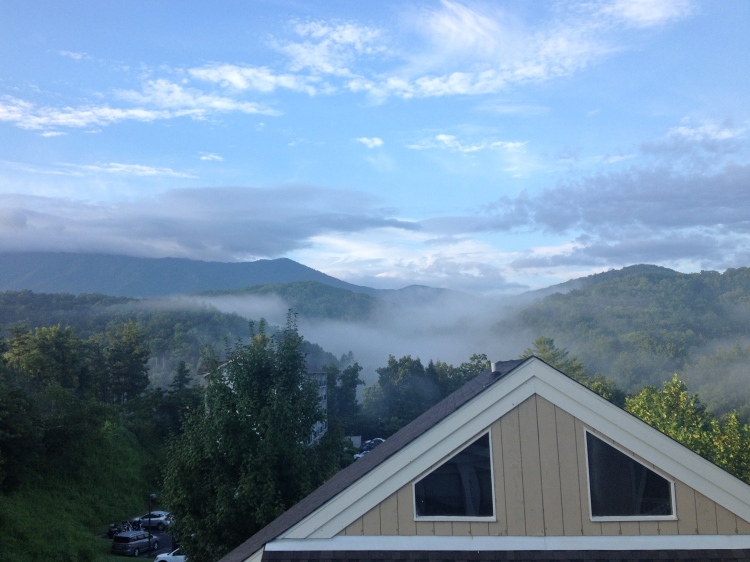 The view from our condo.  Yeah, I know.

PS:  A few years back I visited the Rocky Mountain National Park, and this trip to the Great Smoky Mountain National Park just reinforced for me that it is beyond cool to have national parks.  Say what you will about big government, but I know for sure that these beautiful places would have been logged, developed and otherwise marred by humans long ago without the National Park Service and Foundation looking out for them.   I’m grateful for those who had the vision to make them happen.  In fact, it’s possible I might write about them in the future.  🙂