Note, this entry contains SPOILERS re:  the newest incarnation of Les Misérables, so if you haven’t seen it, proceed at your own risk. 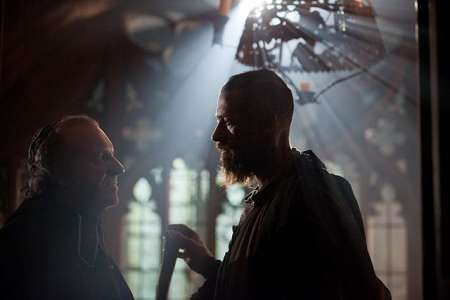 It looks like this blog has become a movie review blog for a few days.  I guess that’s what happens when I start seeing movies.

“Who Am I” to cast myself in the role of movie critic, you ask? Well, Les Mis was the first “real” musical I saw.  As clichéd as it sounds, I walked around in a daze for weeks afterward, convinced that up on that stage, singing those words, was where I was supposed to be.  As high school progressed I became convinced I was born to play Eponine (unrequited love and all), and later figured I could do a good Fantine.  Now that I’m well past those youthful fancies, the only female character left is Mme Thernadier, whom I would kick ass at, if there are any casting folks reading this.  🙂

So after wearing out my original cast recording, watching the 10th anniversary concert version about 100 times, and dragging friends to the theater to see the 25th anniversary production at the O2 in London, I was ready to LOVE this movie and defend it to all it’s naysayers.

But alas, I can’t defend all of it.  Certain performances, like Anne Hathaway and the man who plays Marius (whom I usually hate – the character, not the actor) were wonderful.  My man Hugh Jackman carries the whole damn movie on his shoulders, and sometimes it becomes too much even for him.  I’ve gotta say it; if Wolverine can’t handle the weight of a movie, there’s something wrong, something we can’t blame the actors for.

Here’s the problem as I see it.  Les Mis is an epic musical with operatic aspirations, taking simple themes of love and redemption and setting them to big, pretentious music against what should be a glorious, sweeping Parisian backdrop.  As the movie opened on a huge shipyard prison set, with Javert (Russell Crowe) looming over it like a grumpy god, I hoped that I was right; that a movie could capture that epic-ness in a way the stage performance couldn’t.

And then, the rest of the movie happened.  Too many closeups killed some of the best music.  The Thernadiers weren’t funny. The seething unrest of the city, the tawdry underground where Fantine loses herself…they were just…small.  Even Javert, the one character with the power to lift us out of the details and into lofty, majestic philosophizing, was grounded by poor CGI.  I mean, come on – he’s singing about stars and we don’t see any?  His death, which should be a moment suspended in time as he falls and the music swells, was ruined by a literal thud.  Having just been to France, I understand that the movie is true to reality when it makes the barricade a very small place, but that’s no reason not to position it as an island of sad, naive revolution amidst a huge city of fear.  The actors say that, but we never SEE it.

Much has been made of the fact that the actors were singing “live” during the filming; ie, they were recorded first and then the orchestrations were added later.  This works for most of them, and really gives them a chance to tug at our heartstrings.  For all my complaints, I wept along with most in the theater for Fantine, Eponine and Valjean at their deaths, and Marius’ “Empty Chairs at Empty Tables” was a marvel.

And then there’s Russell Crowe. There’s been a lot of snark on the interwebs about his performance, and vocally, I can’t really disagree. But here’s the thing.  I’m a Crowe fan.  I think he’s a good actor.  What I can’t understand is why he’s not allowed to show that in this film.  There are moments of what could be; when he’s on the move, chasing Valjean, he’s a compelling antagonist with that trademark glower.  The fight scene over Fantine’s deathbed was one of his most interesting scenes, and well sung.  But then his voice would move into his nose and his face would become eerily blank, and all I could think was “Why didn’t someone transpose that song to a lower key for him and let him ACT?”

Russell Crowe isn’t the only victim.  Let’s discuss Huge Jackman’s rendition of “Bring Him Home.”  This song, a delicate prayer on the eve of battle, will forever play in my head sung by Colm Wilkinson (who makes a cameo in the movie).  He sings it so softly, with such wistful restraint, that you actually believe no one else on the barricade can hear him as he sits among the sleeping revolutionaries.  Yet the the movie version took this lullaby and made it grating and harsh, to the point where I wondered if Hugh’s voice simply couldn’t handle the subtlety of the song.  But later, during Valjean’s death scene, he achieves the right restraint, and it’s lovely and tender.  So what the heck was going on with “Bring Him Home?”  In the absence of an answer, I’ve decided to blame the director.

As someone who has huge love for this story, I can’t help but wish for a do-over, maybe a different directorial choice, to bring the visuals of the film in line with the performances of the actors. Yet I also have sympathy for the filmmakers.  Folks like me have been obsessing over Les Mis for years; there’s really no way to live up to all of our expectations.  And let’s face it, I’ll probably buy the DVD when it comes out.  Because, after all, it’s Les Mis.

I did learn something about time today; time paints the past with a golden brush.  There’s no way to know if, the first time I saw Les Mis, it was the perfect musical experience I’ve made it out to be.  But I will always remember it that way, and wish that the movie had come just a little closer to that fantasy.